Use Cauliflower in Your Paleo Recipes

In paleo cooking, you’ll see a lot of cauliflower and zucchini because they’re mild in flavor but can help add bulk to your recipes. Also, they add moisture and fiber to any dish, which can complement other paleo ingredients that need a lot of liquid such as coconut flour and psyllium husk.

Cauliflower is one of several other vegetables in the Brassicaceae family namely kale, collard greens, broccoli, cabbage and brussels sprouts. It closely resembles broccoli in shape and size, but it comes in white, orange, green and purple varieties. (1)

In recent years, cauliflower has grown in popularity and is now used in many other foods such as pizza, bread, ‘mashed potatoes’, ‘fried rice’…the list goes on. If you’re wondering how that looks, here’s a quick run-through of some of my favorites: 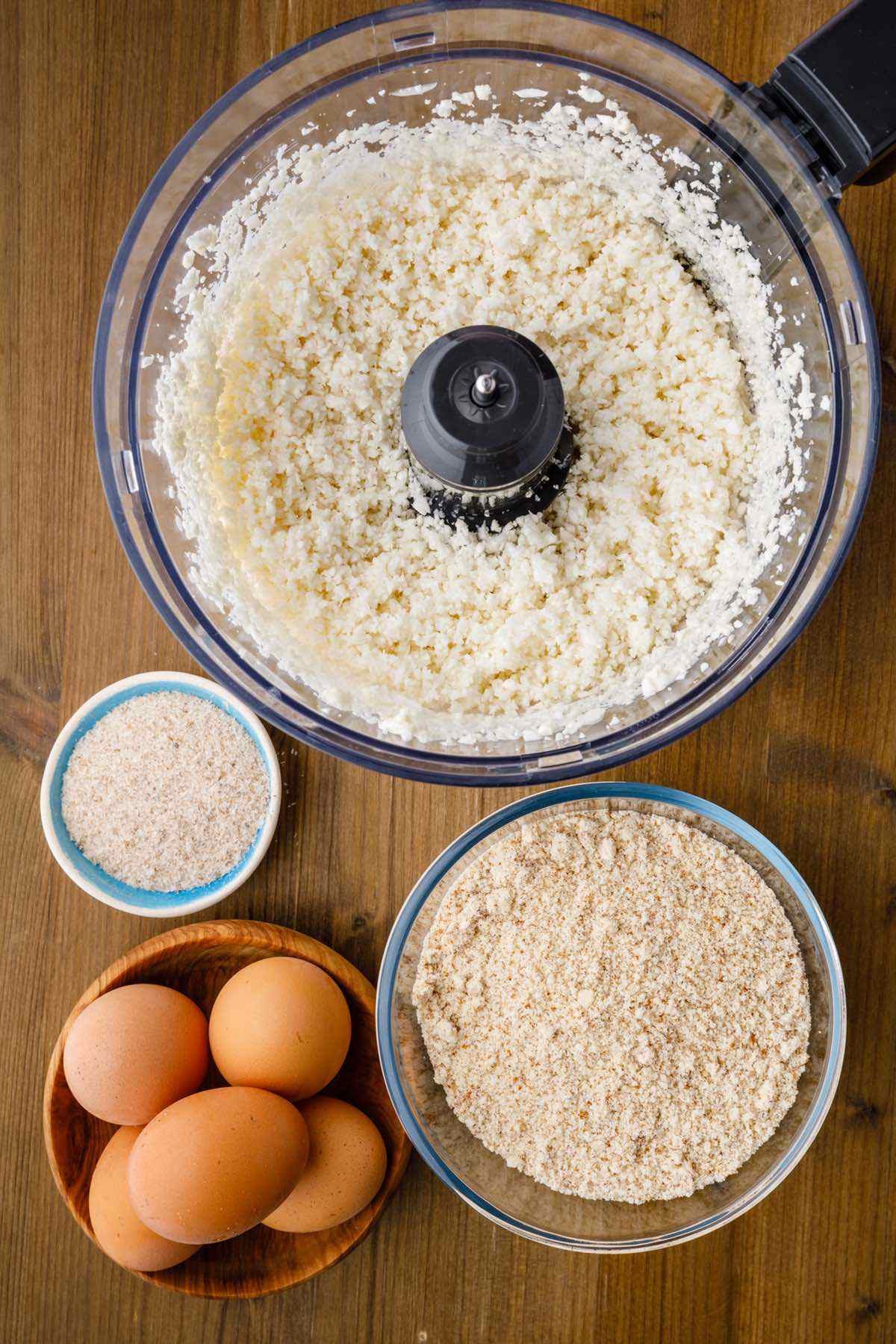 I only included one other paleo bread recipe in this list because really, there are so many other variations out there that I couldn’t possibly try them all. However, I did come across this particular recipe which I’m so excited to share with you all because it’s excellent and so easy to make.

I did make some adjustments to the measurements so that it would be just the right texture I wanted. I recommend following this recipe exactly before you make any adjustments of your own. That way, you have a good baseline.

I don’t know about you, but I feel like bread is a must-have component in so many dishes like pasta and breakfast sandwiches or toast. I used to eat avocado toast for breakfast almost everyday, and my family loves garlic bread during pasta nights. So, it left me no choice–I had to come up with a feasible alternative and this is exactly that.

While the texture isn’t exactly like regular bread, this is a great option for those who are committed to sticking to the paleo diet and are willing to make a few compromises in terms of texture.

If you’re expecting something as sweet as say, banana bread by commercial brands, this is a little more subtle than that because we don’t add any sweeteners to the recipe. It’s meant to be more neutral instead of a sort of dessert.

Can you accomplish a soft and fluffy texture without flour? Absolutely! You just need to use the correct ratio of ingredients. This is where paleo cooking because almost like an art–you need balance within your ingredients when it comes to flour replacements and liquids to ensure that it comes out perfectly each time.

While some of you love your vegetables (that’s awesome!), this recipe won’t taste like a salad or anything like it even though it contains a cup of cauliflower rice. That’s because cauliflower has a mild taste and when combined with the other ingredients in this recipe, it becomes more neutral than anything else. This is a good thing because it can be paired with all kinds of dips and spreads! 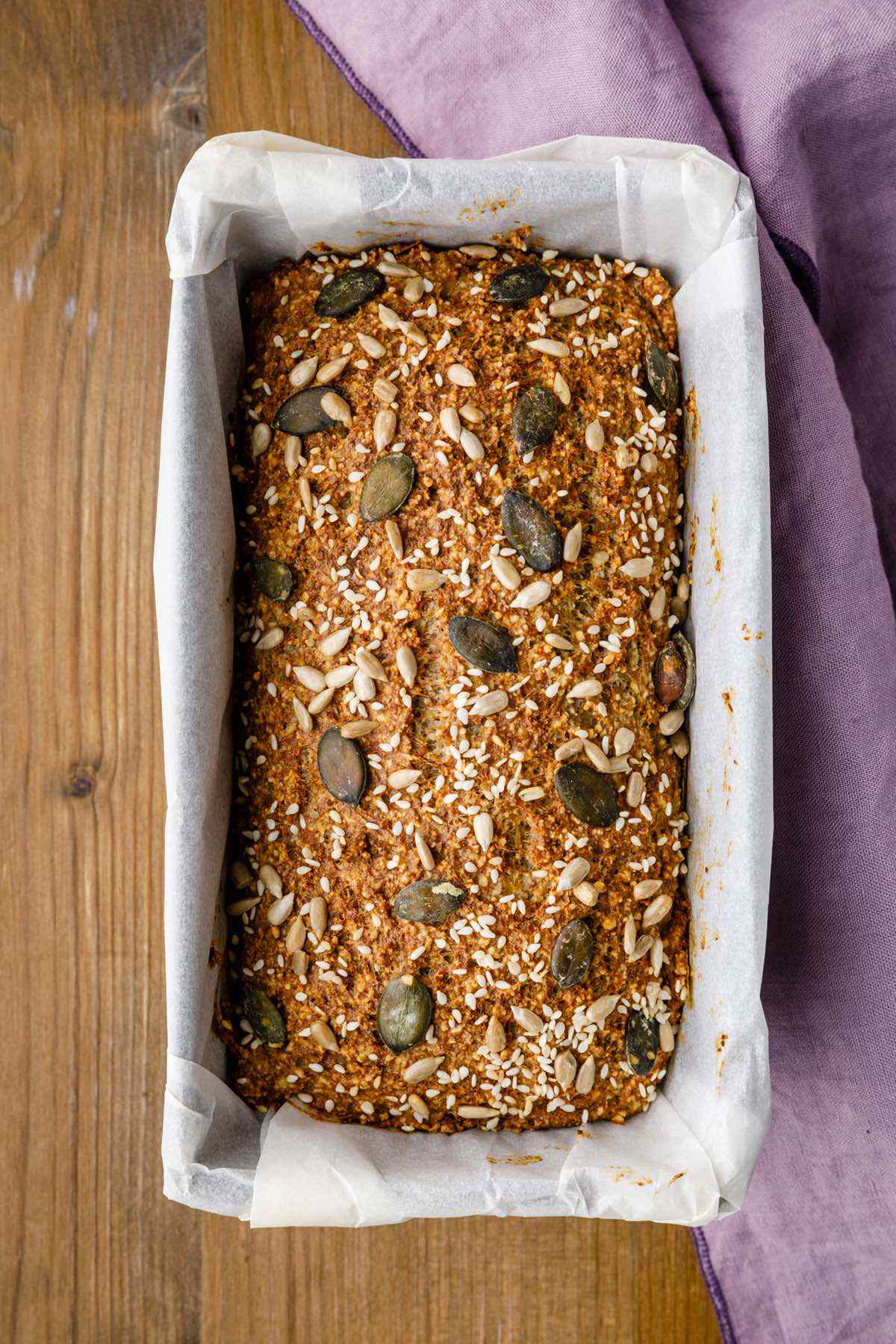 Can You Replace Wheat Flour with Cauliflower?

Yes, you can in some recipes. Since cauliflower is 92% water, the texture is very different from wheat flour which is very dry and powdery. Cauliflower, even when it’s been processed down into very small components, will end up resembling a puree.

Gluten is an important component in recipes because it provides both texture in function. When flour is moistened and kneaded, this activates an elastic network of proteins in the dough or batter. As the dough or batter is kneaded more, the strands become get stronger and more elastic.

You may have read in some recipes that it’s important not to overmix or knead the dough too much. That’s because the resulting texture would become too tough or chewy due to the gluten content. Cauliflower doesn’t contain gluten and thus, will behave differently when compared to wheat flour.

Will it work? Yes, it certainly can!

What to Pair with Your Cauliflower Bread

Now that you’re well acquainted with your cauliflower bread, here comes the fun part–figuring out what to pair it with! 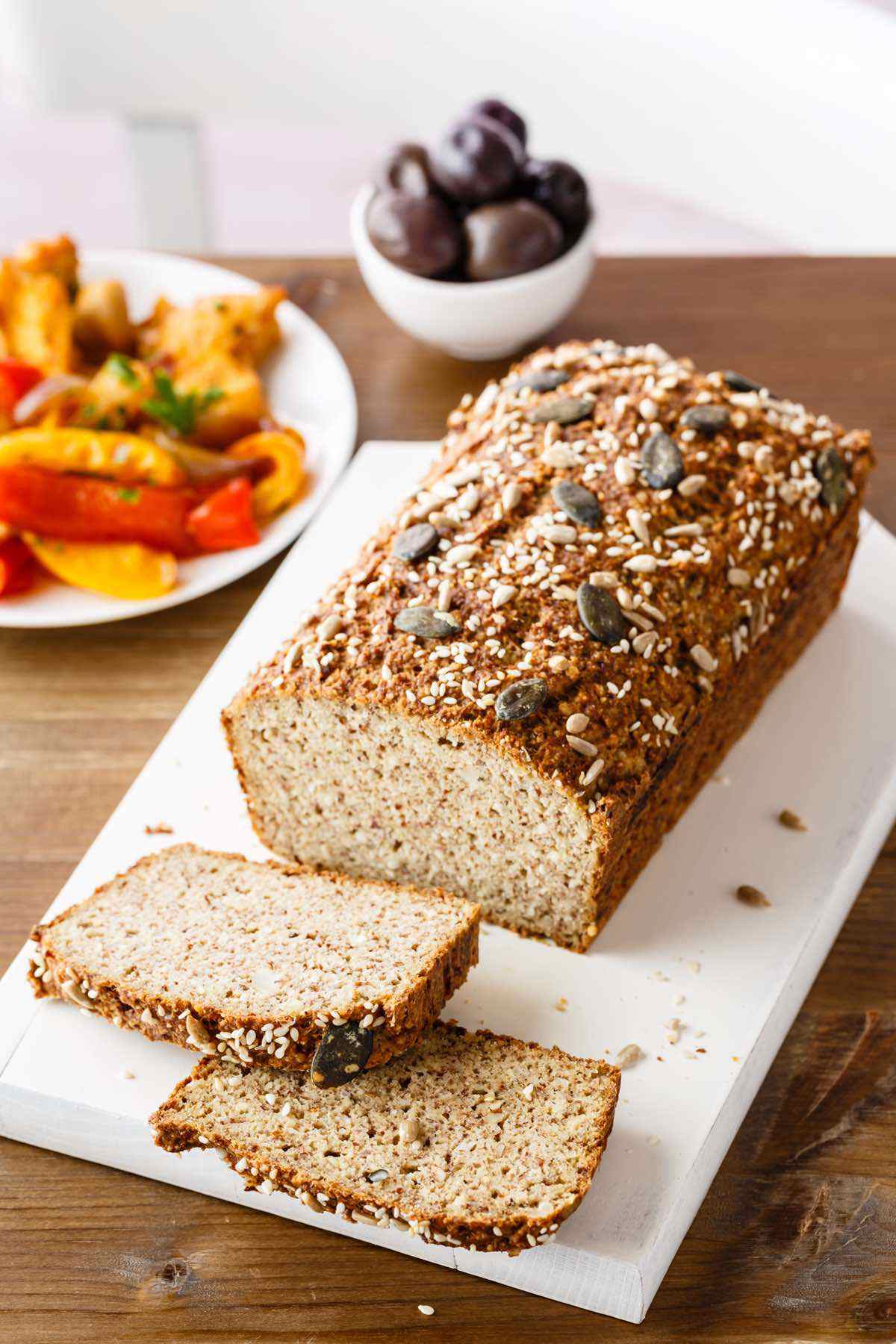 I know, the recipe is already great on its own. I really mean that because I can eat a loaf of this all by myself in a matter of days, but I do like to eat it with my fair share of toppings and spreads.

Try it and thank me later. This is so much better than commercial Nutella because you can have it again and again without the guilt. It’s made with avocado oil and hazelnuts, so it contains lots of healthy fats.

Another big yes to paleo cream cheese, am I right? Spread some of this cream cheese onto your cauliflower bread for a creamy, luxurious snack.

Kaya toast is a well known snack in Malaysia and Singapore. It’s made with toast and condensed coconut milk and is absolutely divine if you have a sweet tooth. I figured it wouldn’t hurt to include this recipe on this list for that very reason.

To round up this short but sweet list, we have coconut butter. Made with just coconut oil and unsweetened coconut, coconut butter is truly one of the more underrated spreads in the paleo world. It’s so nutritious and it’s wonderful with your morning beverage.

P.S. – If you’re looking for some other great paleo-friendly alternatives to breads made with refined wheat that are completely gluten-free, you have to check out these recipes: