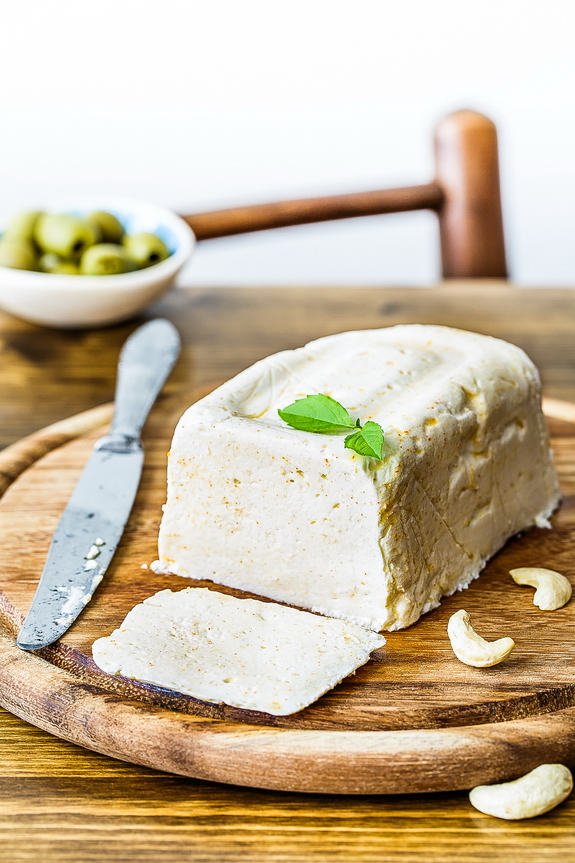 In all honesty, this was a bit of a concern for me until I found this recipe for making the most delicious homemade paleo cashew ‘cheese’. While no, it’s not technically real cheese, it’s probably as close as you’re going to get if you’re doing a strict 100% paleo diet (there are folks out there who definitely make some exceptions for cheese).

I was seriously blown away by this recipe the first time that I tried to make it. I didn’t think it would work out anywhere near as well as it actually did. The reason this recipe works so well is without a doubt thanks to the incredibly smart ingredient choices used.

Cashews generally have quite a mild flavor to them, and once you soak them, they become quite easy to blend into a mixture that has a very ‘milky’ consistency. The smoother you can blend your cashews, the smoother your cashew ‘cheese’ will end up being.

In addition to working incredibly well for providing the texture for your cheese that you’re looking for, cashews also end up adding quite a lot of nutritional value to the recipe as well.

They’re a great source of heart healthy fatty acids, and they also offer up modest amounts of dietary fiber, protein, antioxidants, and essential vitamins and minerals. Studies have also found that cashew consumption both increases the ‘good’ kind of HDL cholesterol while also reducing the ‘bad’ kind of LDL cholesterol. (1)(2)

With cashews providing your cheese texture, the next step is to give them a taste that’s as close to cheese as we possibly can. Cheese generally provides a flavor that can best be described as a cross between ‘salty’ and ‘umami’.

Giving the cashew ‘cheese’ a hint of saltiness is easy enough – simply add in a pinch of salt and you’ll be all set. 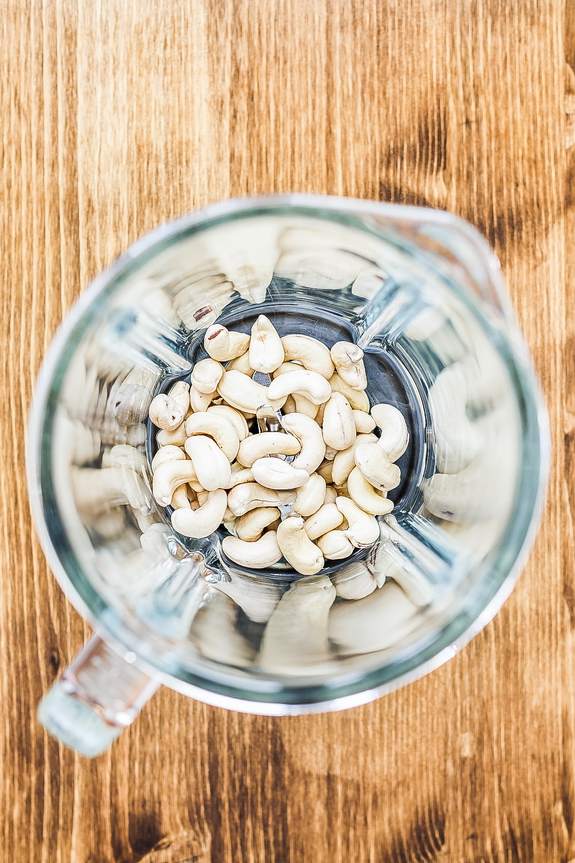 But the umami flavor? That’s a bit more complicated. Thankfully, there’s indeed a work around and it ends up working out amazingly well. Just add in ¼ cup of nutritional yeast. Not only does nutritional yeast have a flavor that’s incredibly similar to umami, it’s actually commonly used in vegan recipes as a cheese substitute thanks to said flavor.

Just making cashew ‘cheese’ that has a similar texture to real cheese along with a tasty blend of salty and umami flavors would be well and good enough. But I really wanted to take the taste of this recipe to the next level. 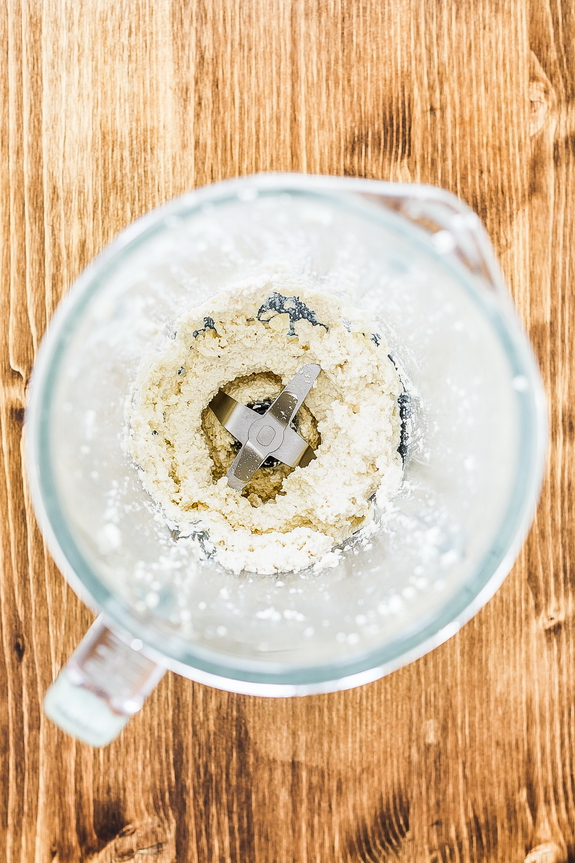 With that in mind, I also ended up adding in ½ teaspoon of garlic powder, one tablespoon of freshly squeezed lemon juice, and ¼ teaspoon of smoked paprika. As you can probably imagine, adding these ingredients into the mix really helped to round out the recipe and give the cheese a more complex flavor, much like real cheese.

The garlic powder alone probably would have been good enough to give this cheese a mouth wateringly good flavor (take my word on this one folks, I add garlic powder to literally everything). I don’t just use it for the taste though; garlic is packed full of some pretty amazing health benefits.

It’s well known that garlic consumption is capable of giving your immune system a boost, but did you know that it also contains some pretty potent antioxidant and anti-inflammatory properties as well? (3)

The smoked paprika (totally optional to use in this recipe by the way! I realize that not everyone is as crazy about spicing up their meals as I am) adds even more great benefits into the mix as well, on top of giving the cheese a delicious smoky-spicy hint of flavor.

Paprika contains a carotenoid known as capsanthin, which studies have found has a beneficial effect on the levels of HDL cholesterol in your bloodstream. (4) What this means is that paprika actually helps to further reduce your risk of heart disease along with the cashews in this recipe.

Last but not least, the only remaining ingredient that you’ll need to finish this recipe is some beef gelatin powder. The gelatin is what will take this recipe and actually turn it into cashew cheese and not just a weird hybrid cashew milk that sort of tastes like cheese. Just be sure to let your ‘cheese’ firm up for a little while before you slice it. This will help to make sure that it’s as soft and creamy as possible.

Is Cashew Cheese the Only Paleo Cheese Alternative?

This cashew cheese recipe is perhaps the best way I know to enjoy ‘cheese’ on the paleo diet without actually eating real cheese. However, if this recipe somehow still isn’t enough for you, then I’ve got a few more recommendations for paleo recipes that will satisfy your desire for some cheesy goodness. Check out a few of my favorites from around the web:

Lastly, I just wanted to take a few moments to briefly go over a few of the most common questions that I get from my friends when it comes to making your own homemade paleo ‘cheese’. If there’s anything important related to this recipe that I haven’t already covered, odds are pretty good you’ll find your question answered below. If not, feel free to leave a comment with your question! 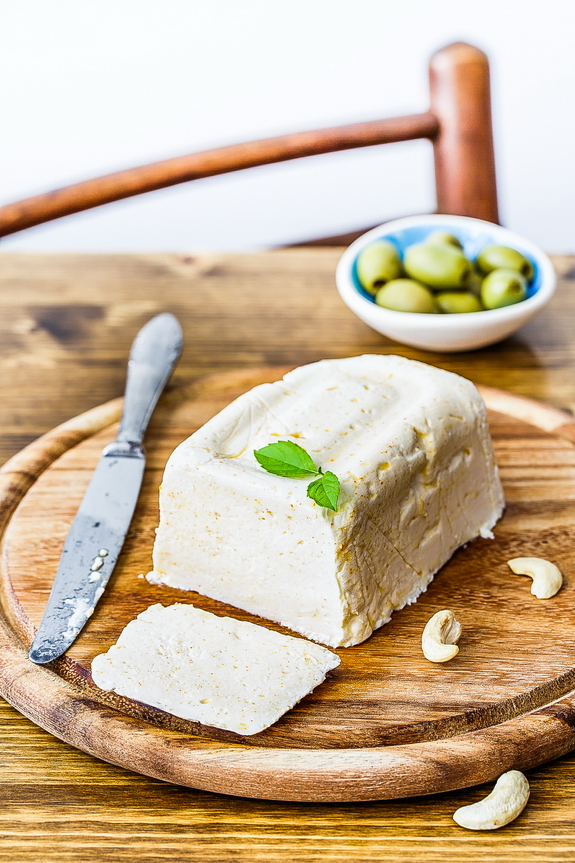 Do I Have To Soak the Cashews When Making This Recipe?

The world seems to be torn between two types of people – those who always soak their almonds, cashews, and other types of nuts…and those who do not.

In most cases, I would say that the choice of whether or not to soak your nuts is entirely up to you. I personally always do because I find it enhances the inherent spiciness of the nuts, while also giving them a better texture. 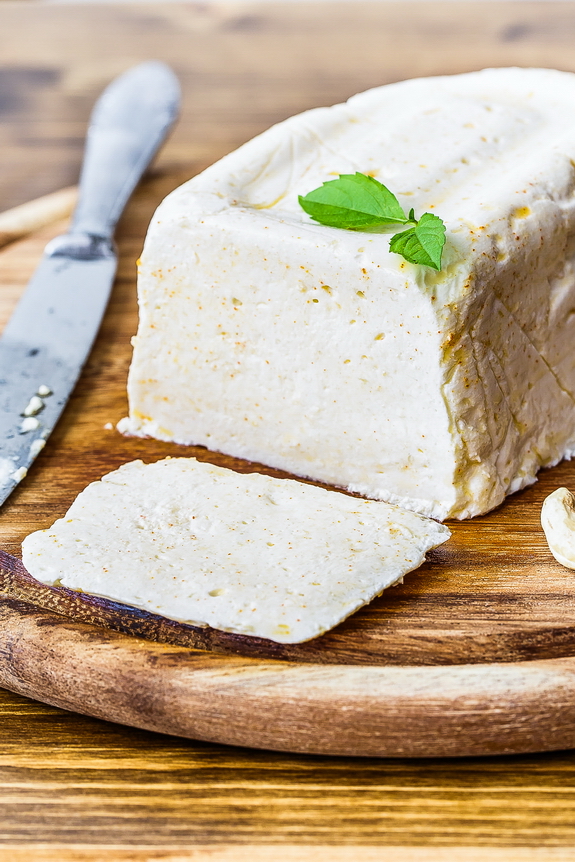 With that being said, for the purposes of this cheese recipe, soaking your cashews is pretty much mandatory. The reason being that soaking them will make them nice and mushy, which is perfect for blending them into the consistency that we’re looking for when making paleo cheese.

How Long Does This Cashew Cheese Stay Good For?

There’s only real downside that I can think of when making this cashew paleo ‘cheese’ recipe when compared to real dairy cheese. That downside being that this cheese doesn’t last anywhere near as long as regular cheese does.

You can expect your cashew cheese to remain fresh for about five to six days, so long as it’s stored properly in an airtight container and kept in the fridge. To be perfectly honest though, that’s not such a big deal. Once you get your first taste of how good this cheese is, I doubt it will last anywhere close to six days!

If you decide to freeze your cashew cheese, you can expect it to last for between six to eight weeks.